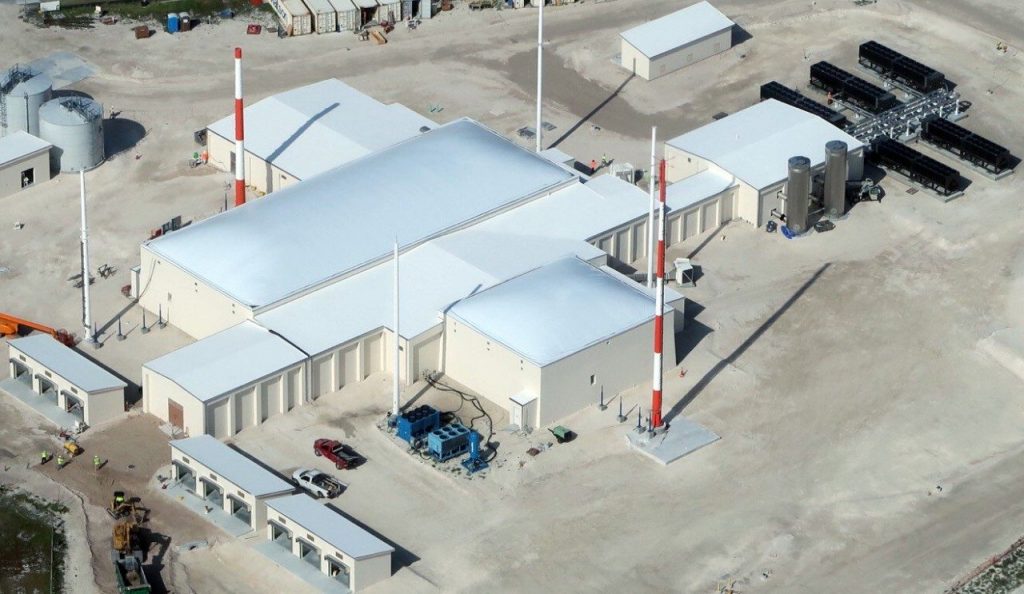 Lockheed Martin recently began final testing on a completed construction of its unique Space Fence radar installation on Kwajalein Island in the Marshall Islands and needed good on-site owner representation in such a remote location. Nationwide Consultants LLC, a consultant contracted from the US to be the on-site owner representation on the project. “This installation was totally unique and unlike any other radar installation ever attempted, not only in technology but in construction hurdles,” said Robert Hanson, CEO who was actually on site at the Kwajalein Atoll in the Marshall Islands for much of the construction process.

“Lockheed Martin was obliged to use many local laborers who were unfamiliar with many of the construction techniques needed for such a complicated installation.” Bob continued, “We were faced with problems as the on-site owner representation that left unchecked could have delayed the project years or even made it impossible to complete.”

Working together with Lockheed Martin engineers, the US Air Force and Consultants from Nationwide Consulting LLC as on-site owner representation, the project opened on time and continues to be on schedule to be turned over to the US military in late 2019. 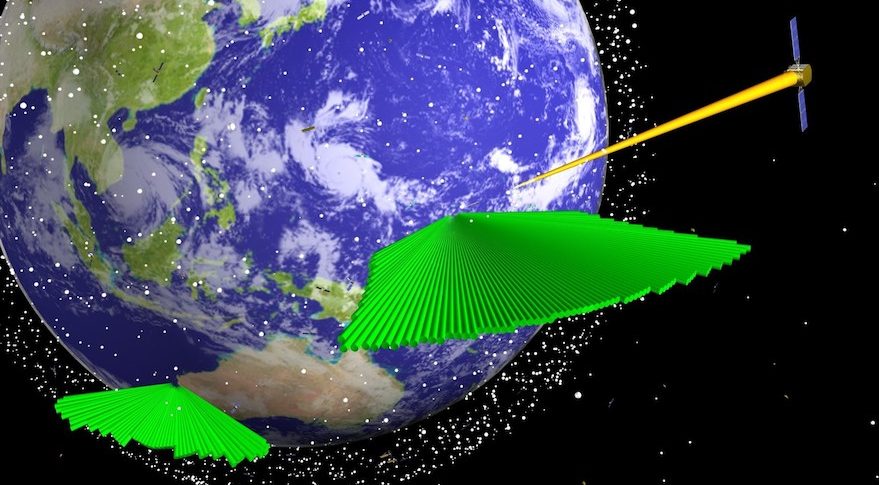 What is the Space Fence, how was its construction unique and what makes Kwajalein Atoll such a difficult construction site?

Matt continued “We have been receiving operationally relevant data and our goal has been to use that data in the integration and test phase that we are in currently to shake out the remainder of requirements that we have to verify.” 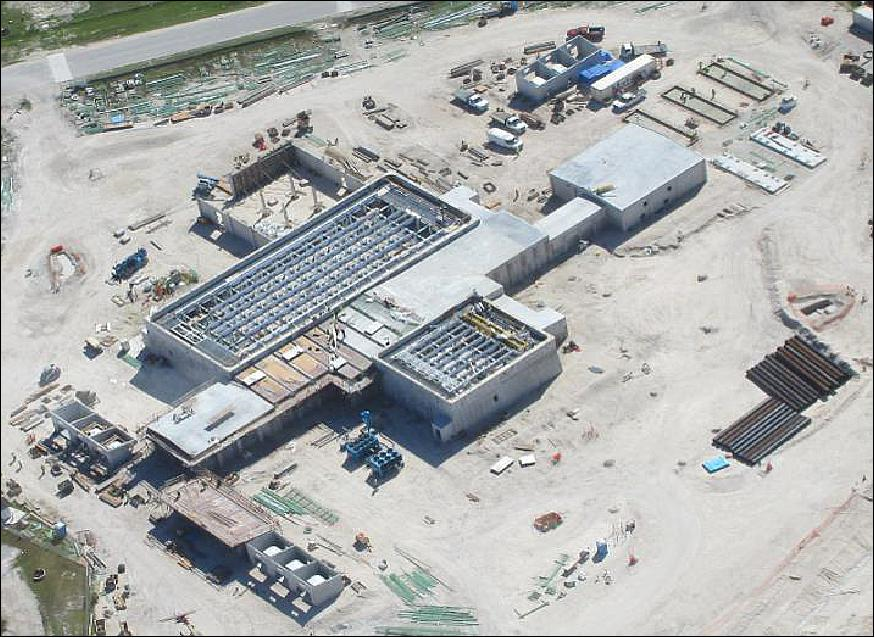 Unique Construction Challenges Mitigated by Owners Representative on the Project

Wind on Kwajalein Atoll presented an unexpected problem that had to be solved on the spot. “Nationwide Consultants LLC had many problems, as on-site owner representation, to solve on the Space Fence Project, the hardest was developing a windscreen system to install the random roof,” said Robert Hanson.

This was the only time building a project this large, totally custom and totally from scratch. Yet in spite of all that, the Space fence was being built on a remote South Pacific Island 2000 miles from the nearest supply location.  The area was so remote, in fact, that the area was once used for nuclear testing and played a key role in WW2.

“Kwajalein was a beautiful place to live, but it took 23 hours to get there from the US and took 8 weeks for material from the Continental United States (CONUS), the staging area for materials being used for the Space Fence.” Bob continued. Another problem was local labor which was unaccustomed to major construction. Re-dos and frequent instruction by seasoned professionals were an ongoing challenge.

The two sides of Kwajalein

Robert Hanson of Nationwide Consulting LLC describes Kwajalein and a bit about life on the island as On-Site Owners Representative for the Space Fence project.

Kwajalein is a long, long way from America’s other major military installations in the Pacific — 1,600 miles from Guam and more than 2,000 miles from Hawaii or Japan. 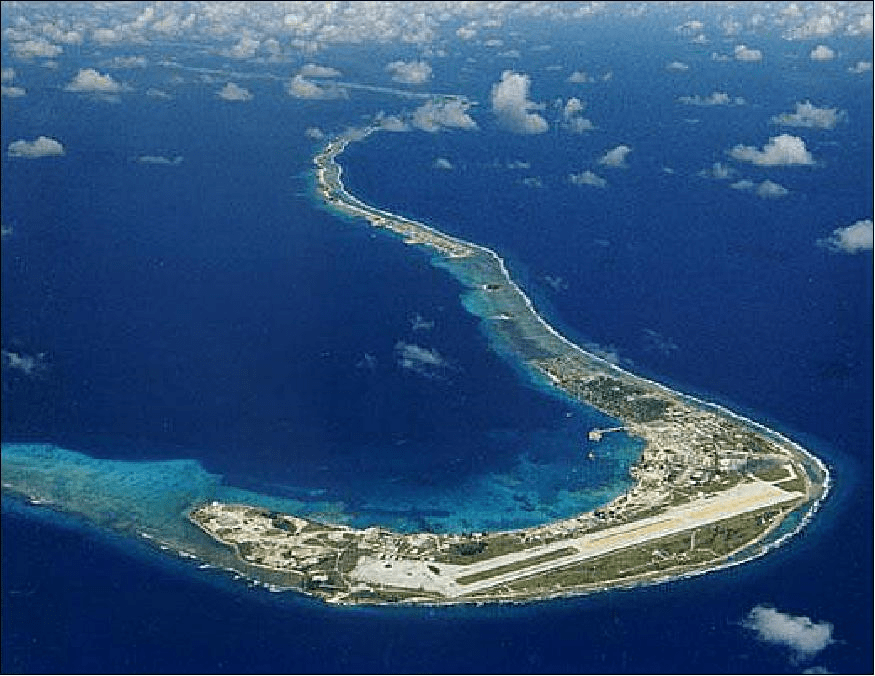 The U.S. and the Marshall Islands signed a Compact of Free Association in 1983 that gives America full authority and responsibility for the sovereign nation’s defense.

It’s part of the Kwajalein Atoll, a lengthy string of about 100 small coral islands standing atop the rim of an ancient volcano. The lagoon inside the atoll is among the largest in the world at roughly 840 square miles, but also relatively shallow at 150 to 200 feet deep. The waters outside the atoll are thousands of feet deeper.

Japan militarized Kwajalein and the northern island of Roi-Namur in the 1930s, building the foundations of the airstrips and ports that are still used. U.S. forces took the atoll in February 1944 after Navy artillery pummeled both islands; U.S. Marines stormed Roi-Namur and the soldiers took Kwajalein.

After World War II ended, the U.S. quickly realized that the Marshall Islands would play an important role in the development of atomic weapons. Through 1958, the U.S. set off almost two dozen nuclear devices in the northern Bikini Atoll.

Meanwhile, Kwajalein Atoll was developed into a missile-test range.

An interesting fact is the first radar was installed a half-century ago to mimic Soviet Union radars used to detect American intercontinental ballistic missiles.

With the end of the Cold War in the 1990s, the growing array of radars has morphed into support for testing America’s missile-defense program. However, the fastest growing task for the site is space surveillance and identification of satellites, space debris and missiles. 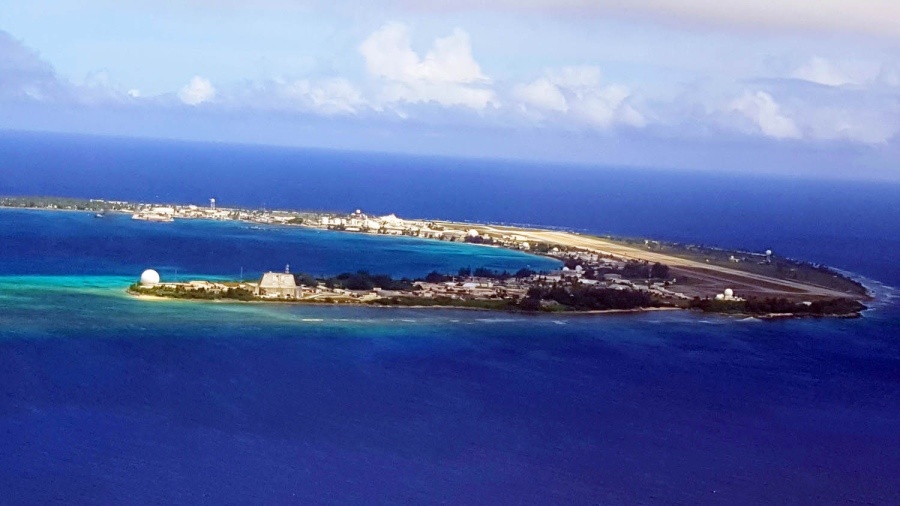 The Pentagon recognizes the operational importance of Kwajalein, but the average American likely hasn’t heard of it. Even some soldiers assigned here have to get out an atlas.

No one is allowed on Kwajalein without permission and vetting. Whether you will be there for 30 minutes or 30 years, you have to have a reason, no one just drops in; tourism doesn’t exist.

The closest getaway is a 20-minute ferry ride to neighboring Ebeye, a tiny island of 15,000 Marshallese. Its buildings are mostly ramshackle, and roughly 900 of the islanders ferry over to Kwajalein (Kwaj) each day to work in the solitary lodge, dining hall, airport and other support facilities. 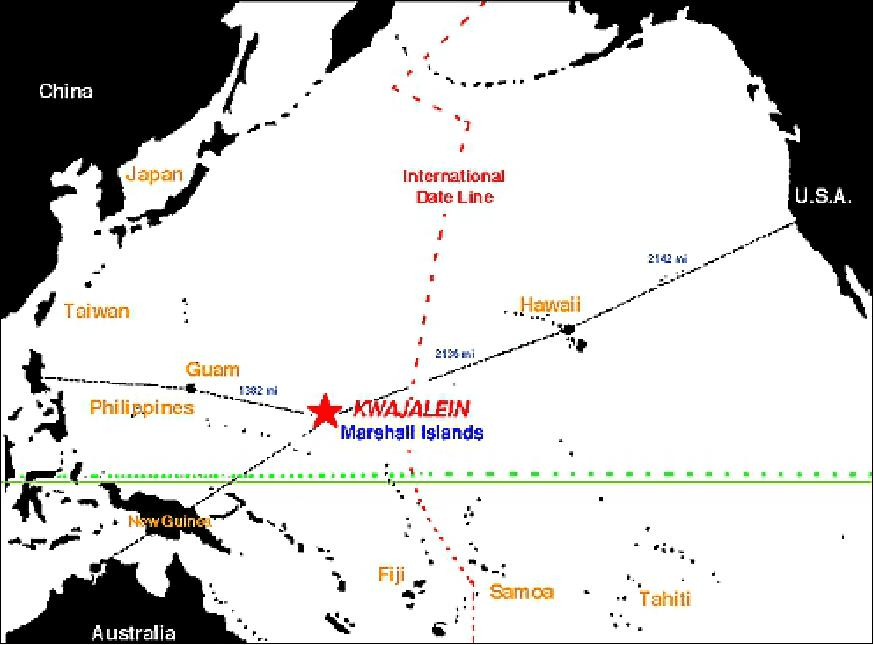 An excursion to Roi-Namur is a 20-minute shuttle flight away, provided a seat is available. Dozens of people living on Kwaj commute to Roi-Namur each day for work, joining the 100 who live on that island, where most of the radars stand.

Some compare living on Kwajalein to transporting back to the 1980s. There are no cellphone towers, so almost no one has reason to carry a mobile phone. Seeing a picture of someone’s kid means digging a snapshot out of a wallet.

But in another way, it’s the 1880s here. There are no traffic lights and most can only ride a bicycle, but there are some government-owned vehicles and electric golf carts moving around the island.

How Does the Space Fence Work?

Space is no longer a vast, empty void. Unprecedented quantities of new satellites, derelict satellites, and debris litter the skies posing an imminent threat to the space assets of all nations.

Orbital debris generally refers to material that is in orbit as the result of human space activities/initiatives but is no longer serving any function. The use of outer space presents a number of hazards to spacecraft owners and operators. 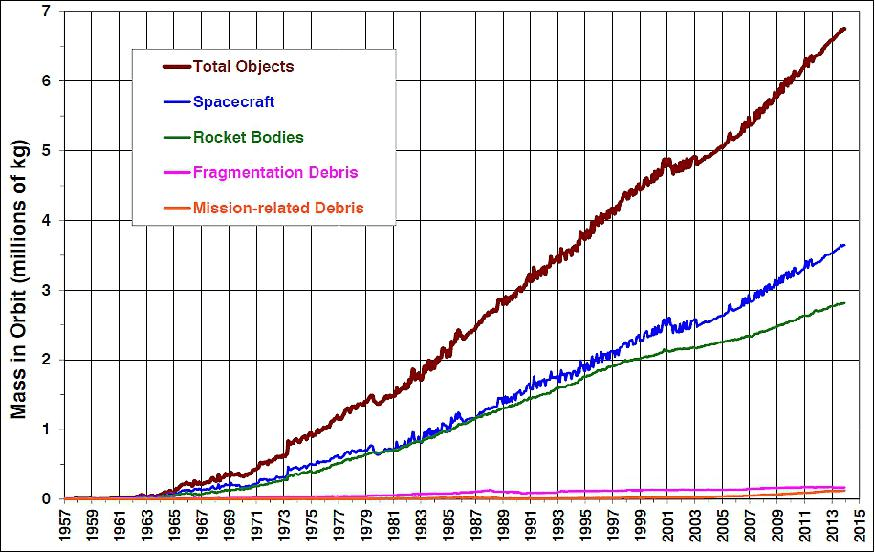 Increasing use of space has brought a new source of risk collisions with manmade objects. The proliferation of debris in space generated by spacecraft and launchers has become a serious issue, in particular in the early 21st century. With each satellite launch, additional debris such as rocket bodies, bolts, or dust from solid rocket motors reaches orbit in addition to the intended payload.

Three events in particular worsened the SSA situation considerably and highlighted the need for more precise tracking of space objects: 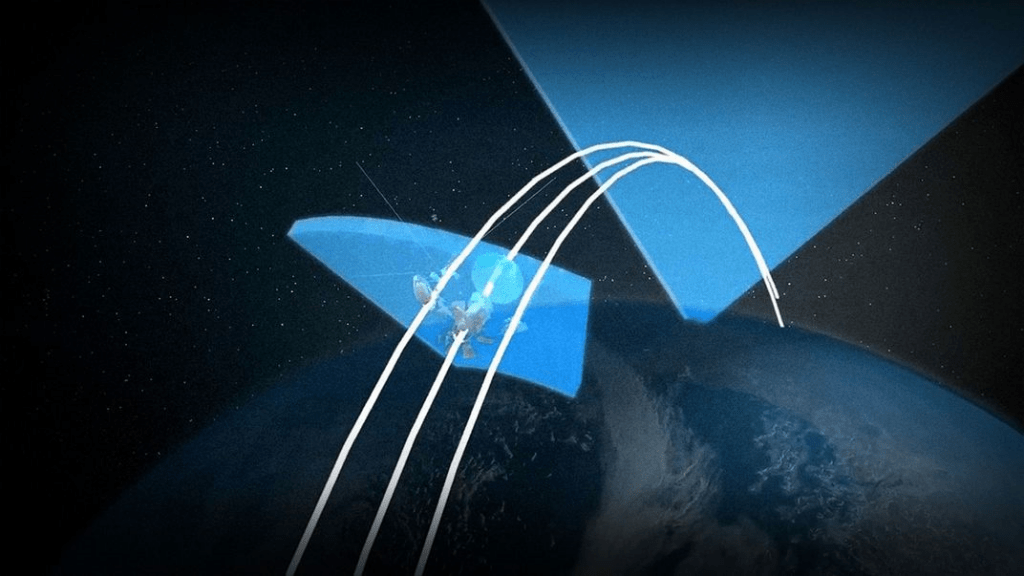 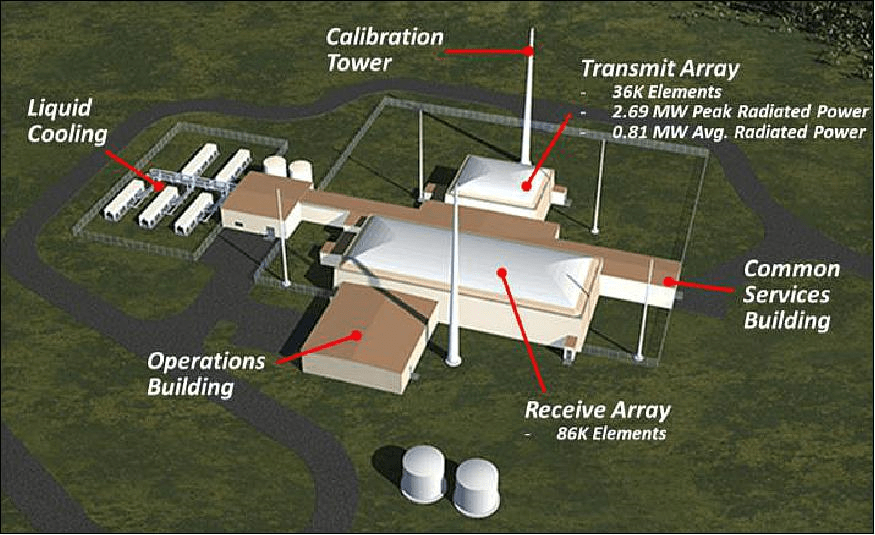 Arrays are built with scalable building block sections and LRUs (Line Replaceable Units). Each array looks through a very low loss electronically transparent facility Kevlar random that is air supported. Array electronics can be serviced from beneath while arrays are operational, permitting high system availability.

CLICK to Read Press Release from Lockheed Martin May, 2019

– As MICROSAT-R was expected to pass through the un-cued surveillance fence, Space Fence automatically issued a “breakup alert” indicating there were multiple objects within close proximity.

Space Fence observed a significant amount of debris tracks surrounding the time of the event crossing labeled as uncorrelated targets. Long-arc tracking was initiated within the orbital debris cloud to form accurate initial orbit determinations. With this information, the system was able to automatically predict and correlate the next crossing time.

“Although the Space Fence system is still under test, it continues to demonstrate its advanced capabilities providing operationally-relevant information in all orbital regimes from Low Earth Orbit through Geosynchronous Earth Orbit,” said Dr. Rob Smith, vice president and general manager of Radar and Sensor Systems for Lockheed Martin.

“The criticality of space assets to both national defense and the world economy cannot be understated. As multiple new mega constellations consisting of thousands of satellites become a reality and the space domain continues to become more congested, the demand for more accurate and timely space situational awareness data will be of the utmost importance to the warfighter.”

“We happened to be up during an endurance test and we were very excited to see that the system performed nominally,” Matthew Hughes, Lockheed Martin Space Fence and Space Surveillance programs business development manager, told Space News. “Space Fence is all about the ability to identify break ups, maneuvers, closely spaced objects, proximity operations, new foreign launches.”

Lockheed Martin completed construction of Space Fence and is conducting testing and evaluation of its capabilities. The Air Force is scheduled to begin initial operation of the ground-based radar, which sends out a curtain of radio frequency energy wider than the continental United States, in the fourth quarter of this year.

The Space Fence is designed to detect unusual activity in orbit, like multiple objects in orbit that do not correlate to objects in the Space Surveillance Network catalog. When new objects are detected, it issues alerts and begins tracking them to determine their orbits, he added.